Thomas Rid is a professor at Johns Hopkins University. He testified on disinformation in front of the U.S. Senate Select Committee on Intelligence. 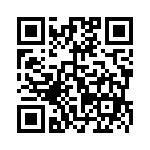