Seite 95
They no power over the intermediate square , were a wealthy Cotswold family of wool over which it can leap , even if the square staplers , and the monuments run over 150 to be occupied . The piece corresponding to 200 years , according ...
Seite 123
Those who seek it must make their way to Trinity Square , Borough , and there , in an enclosure fronting the Ionic Church , will find an old statue , without name , erected on a pedestal largely made of cement .
Seite 251
400-401 , it is stated that Talleyrand , during his residence in 1793 in Kensington Square , lived in the house at the south - east corner of the square , formerly inhabited by Archbishop Hering . In Loftie's Kensington , ' p . 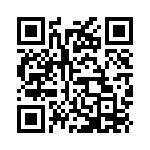