Seite 58
A is represented chiefly by Central - Western American ; B by British Received Standard , the dialect of Eastern New England , and most of the Southern American dialects . In certain dialects ( C ) , [ e ) in the combination ( enC ] is ...
Seite 59
dialects , giving a paradigm l'aj ' ant , ' wij ' ant ) . Furthermore , since the two forms were pronounced alike , and one of them , l'aj ' ant ) , had no established orthographic representation , the spelling characterizing the three ...
Seite 164
of the author ( 6 ) , the Gaelic dialects described are , in many respects , not treated as Celtic , but as dialects of Scotland . Accordingly , comparison is made rather with the English dialects of the districts visited . 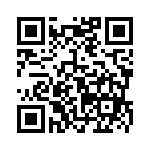