Seite 39
... keie ( Old English cćze ) , kissen ( Old English cyssan ) , clene , knee , knowen ; in medial position before original velar vowels , e.g. maken , token , naked ; in final position after Old English velar vowels , e.g. bok , milk .
Seite 57
The -n which developed before initial dentals was generalized in Greek and in several other IE branches , but the original -m was generalized in Italic . In this there is no basis for placing the two nasals on an equal basis in IE .
Seite 210
is attested at all periods , and is found in dialect forms ( knvos ) which seem to indicate an original contraction . The meaning , ' that one there ' , is also suitable . But ň deiva is not found until the last quarter of the 5th ... 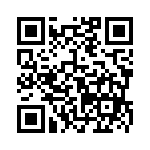