J. Michael Ryan is a Ph.D. candidate in sociology at theUniversity of Maryland at College Park. He was senior managingeditor of The Blackwell Encyclopedia of Sociology (2007) andis managing editor of the online edition of that project as well asfor several other forthcoming encyclopedias from Blackwell. Mikealso served as managing editor of the Journal of ConsumerCulture for four years. He has published more than a dozenarticles and book chapters on consumption, sexuality,globalization, and social theory and has been the recipient ofnumerous awards for his commitment to teaching, LGBT rights, andsocial change. 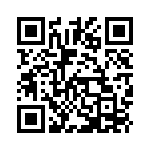