David J. Weber is Dedman Professor of History and director of the William P. Clements Center for Southwestern Studies at Southern Methodist University. He is the author or editor of more than sixty scholarly articles and twenty-two books. 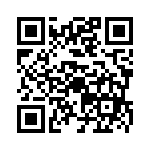