More a series of jabs and body blows than a choreographed diplay of sytemic rigour, Zizke succeeds in provoking thought, often after fomenting outrage. It certainly works. His thoughts on Israel and ... Vollständige Rezension lesen

As I write this, Hamas is lobbing rockets into Israel and Israel is returning with air strikes and a ground offensive. As I write this the Ukranian government is trying desperately to reclaim ... Vollständige Rezension lesen

Slavoj Žižek is a senior researcher at the Institute of Sociology, University of Ljubljana, Slovenia, and has been a visiting professor at Columbia University, Princeton, and The New School. He is the author of more than thirty books and is the subject of the documentary, Žižek. His own critically acclaimed documentary, The Pervert's Guide to Cinema, was the subject of a film retrospective in 2007 at the Museum of Modern Art. 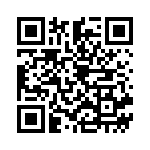