Seite 557
There is no such group , obviously , and therefore this structure is outlawed on pragmatic grounds . It is possible , however , to interpret at least ... To illustrate , compare the following two structures and their interpretations .
Seite 667
While the rest of the book deals with different aspects of systemic functional analysis , Chs . 3 , 4 , and 5 focus specifically on the importance of grammar in clause structure , information structure , and thematic structure , as well ...
Seite 681
None of the Caddoan languages are extensively documented ; for Caddo itself , no extended treatment of any aspect of its grammar has appeared , although Wallace Chafe has cited aspects of its structure and provided limited surveys ... 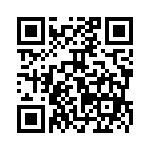