Seite 123
By stressing this function of a given allusion , Wheeler explicitly directs attention
away from the allusive act as a discursive practice , in order to concentrate on
how it might operate within a given text , apparently unproblematically , according
to ...
Seite 135
IX ) Tom ' s ' marriage ' to the Doctor ' s memory , therefore , necessarily excludes
the female , as one of the main social functions that a woman can fulfil , that of
being a wife , is judged , by the narrator , intrinsically antonymic to one of the
main ...
Seite 147
Grant as much , and the passage then relies on such discursive fluidity to
advance its argument : one should not be receiving instructions primarily in the
classics , but in the social skills that will help one function as a good citizen in
later life . 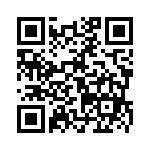