Seite 371
The friends , true to the eternal nature of man , are grave , solemn , and indignant , preaching their half truth , and mistaken only in supposing that it is the whole ; speaking , as all such persons would speak , and still do speak ...
Seite 372
But “ his friends sprinkle dust towards heaven , and sit silently by him , and weep for him seven days and seven nights upon the ground . ” That is , they were true - hearted , truly loving , devout , religious men , and yet they with ...
Seite 878
There are indications that , even before it took place , the elder woman's friendship for d'Alembert was giving way under the ... The truth is that d'Alembert and his friends were moving , and Madame du Deffand was standing still . 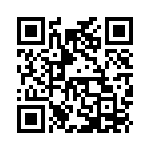