Giovanna Dell’Orto is Associate Professor at the University of Minnesota’s Hubbard School of Journalism and Mass Communication, and affiliated faculty at the Center for German and European Studies and Department of Political Science. A former journalist with The Associated Press (AP), she is the author of four books on journalism and international affairs, most recently AP Foreign Correspondents in Action and American Journalism and International Relations (Cambridge University Press, 2015 and 2013), and coeditor of Reporting at the Southern Borders (Routledge, 2013).

Irmgard Wetzstein is Senior Lecturer at the Department of Communication, University of Vienna, former Fulbright Visiting Professor at the University of Minnesota, and trained mediator. She received her PhD in media communications in 2010 and has been working in social research and teaching since 2006, focusing on journalism and conflict communication, social media, strategic and visual communication. Before that, she worked at the Austrian news magazine profil and the Austrian Insurance Association’s PR division. 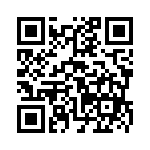