The movie was a bargain and arrived promptly. Overstock did a great job of shipping. The only drawback the reason it was a 4 star instead of 5 is because it had a foreign language on the cover. I would recommend it to a friend. Vollständige Rezension lesen

Forester is now remembered for his Horatio Hornblower sea adventures; his 1935 novel has been forgotten in lieu of the popular 1951 film by John Huston. However, those who want to experience the ... Vollständige Rezension lesen

Cecil Scott Forester was born in 1899 in Cairo and educated in England. He went to Hollywood during the opening years of World War II to help write and produce 'propaganda' films that would convince U.S. filmgoers that the they should take the side of the British and Allies in the War, which led to such films as Eagle Squadron (1941). He is most famous for his celebrated Hornblower series. He died in 1966. 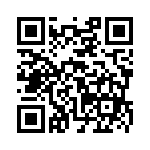