R. Buckminster Fuller has been a Research Professor at Southern Illinois University since 1959. In 1968 the Board of Trustees appointed him University Professor, the second faculty member so honored in the University's history. 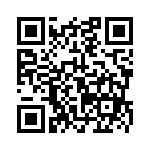