Susan McReynolds is an associate professor of Slavic languages and literatures at Northwestern University. She is currently editing a new Norton Critical Edition of The Brothers Karamazov. 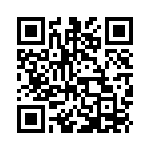