Martin Heidegger was born in Messkirch, Baden, Germany on September 22, 1889. He studied Roman Catholic theology and philosophy at the University of Frieburg before joining the faculty at Frieburg as a teacher in 1915. Eight years later Heidegger took a teaching position at Marburg. He taught there until 1928 and then went back to Frieburg as a professor of philosophy. As a philosopher, Heidegger developed existential phenomenology. He is still widely regarded as one of the most original philosophers of the 20th century. Influenced by other philosophers of his time, Heidegger wrote the book, Being in Time, in 1927. In this work, which is considered one of the most important philosophical works of our time, Heidegger asks and answers the question "What is it, to be?" Other books written by Heidegger include Basic Writings, a collection of Heidegger's most popular writings; Nietzsche, an inquiry into the central issues of Friedrich Nietzsche's philosophy; On the Way to Language, Heidegger's central ideas on the origin, nature and significance of language; and What is Called Thinking, a systematic presentation of Heidegger's later philosophy. Since the 1960s, Heidegger's influence has spread beyond continental Europe and into a number of English-speaking countries. Heidegger died in Messkirch on May 26, 1976.

Julian Young is Honorary Research Associate at the University of Auckland and has published books on Schopenhauer, Nietzsche and Heidegger.

Kenneth Haynes is Assistant Professor of Classical Studies at Boston University, specializing in German Hellenism; he has also translated Hamann. 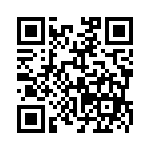