The Columbia history of British poetry

The editors of this volume, both Columbia University scholars of English literature, construct a sweeping overview of British poetry. The 26 essays succeed in placing the rich poetry of the British ... Vollständige Rezension lesen

Carl Woodring is George Edward Woodberry Professor of Literature Emeritus at Columbia University. He is the author of such works as Nature Into Art and Politics in English Romantic Poetry, which won the Gauss Award.

James Shapiro is Professor of English and Comparative Literature at Columbia University. He is author of Rival Playwrights: Marlowe, Jonson, Shakespeare and Shakespeare and the Jews (Columbia, 1995). 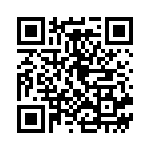