Seite 10
They also observed the so - called rule of St. Augustine , and probably claimed him as their founder . Bp . Hatfield's Hall , Durham . 1. The Augustinian order , i . e . , the order of Augustinian Hermits , claims to have been founded ...
Seite 91
At Ecclesall , in Sheffield , is a field called Wolsh Stubbings . This I only know from a survey made in 1807. Here , again , MR . STEVENSON may object on the score of age . The word , however , has not a modern look about it .
Seite 471
The offenders themselves were styled Trailbastons , ' and as they are described as murderers , robbers , and incendiaries , lurking in woods and parks , they were probably so called from the fact of their going armed with clubs ... 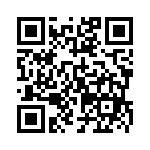