Susheila Nasta is Professor of Modern and Contemporary Literature at Queen Mary, University of London. She is the founding Editor of Wasafiri, the magazine of international contemporary writing. A pioneer in the field of postcolonial writing, she received an MBE for her services to black and Asian literatures in 2011. She has published over thirteen books, directed major award-winning research projects, and judged numerous literary prizes.

Mark U. Stein is Professor of English, Postcolonial, and Media Studies at Westfälische Wilhelms-Universität Münster, Germany where he founded the interdisciplinary M.A. in National and Transnational Studies. His research interests include diaspora, transnational, and postcolonial studies. He has published ten books, including Black British Literature: Novels of Transformation (2004) and Locating African European Studies: Interventions, Intersections, Conversations (with Felipe Espinoza Garrido, Caroline Koegler and Deborah Nyangulu, 2019). 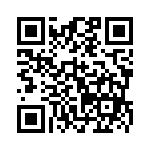