Seite
The brain may devise lawsfor the blood, but a hot temper leaps o'er a cold decree; such a hare is madness the youth, toskip o'er the meshes of good counsel thecripple. Butthis reasoning is not in thefashion to choose me ahusband.

William Shakespeare is the world's greatest ever playwright. Born in 1564, he split his time between Stratford-upon-Avon and London, where he worked as a playwright, poet and actor. In 1582 he married Anne Hathaway. Shakespeare died in 1616 at the age of fifty-two, leaving three children—Susanna, Hamnet and Judith. The rest is silence. 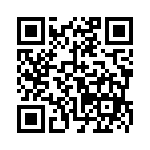