Maybe he was such a good popularizer (before his fall from grace) that a lot of the anecdotes seem acceptable to the point of obviousness when you read them. Or maybe things have been rearranged and ... Vollständige Rezension lesen

“Imagine,” besides being a terrific John Lennon song, is a great book about creativity, insight, imagination and how we get and develop ideas. If you ever have had an “ah-ha” moment, if the solution ... Vollständige Rezension lesen

JONAH LEHRER is a contributing editor at "Wired" and a frequent contributor to "The New Yorker." He writes the Head Case column for the" Wall Street Journal" and regularly appears on WNYC's "Radiolab." His writing has also appeared in "Nature," the" New York Times Magazine," "Scientific American, " and "Outside." The author of two previous books, "Proust Was a Neuroscientist" and "How We Decide, " he graduated from Columbia University and attended Oxford as a Rhodes scholar. 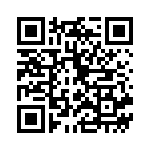