The producer as composer: shaping the sounds of popular music

Drawing on his many years of studio experience, composer/performer/producer Moorefield (performing arts technology, Univ. of Michigan) explores the sonic world that emerged with 1960s rock and pop. He ... Vollständige Rezension lesen

Virgil Moorefield is a composer, producer, and sound artist. He is Associate Professor of Music at University of Michigan, Ann Arbor, where he teaches composition and new media. 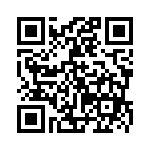