Seite 101 - Seest thou a man diligent in his business? he shall stand before kings ; he shall not stand before mean men...
Wird in 859 Büchern von 1803 bis 2009 erwähnt
Seite 105 - Resolution Resolve to perform what you ought; perform without fail what you resolve. 5. Frugality Make no expense but to do good to others or yourself; ie, waste nothing. 6. Industry Lose no time; be always employed in something useful; cut off all unnecessary actions. 7. Sincerity Use no hurtful deceit; think innocently and justly, and, if you speak, speak accordingly.
Wird in 396 Büchern von 1818 bis 2008 erwähnt
Mehr
Seite 136 - I happened soon after to attend one of his sermons, in the course of which I perceived he intended to finish with a collection, and I silently resolved he should get nothing from me. I had in my pocket a handful of copper money, three or four silver dollars, and five pistoles in gold. As he proceeded I began to soften, and concluded to give the coppers.
Wird in 311 Büchern von 1817 bis 2008 erwähnt
Seite 104 - I concluded, at length, that the mere speculative conviction that it was our interest to be completely virtuous, was not sufficient to prevent our slipping ; and that the contrary habits must be broken, and good ones acquired and established, before we can have any dependence on a steady, uniform rectitude of conduct.
Wird in 212 Büchern von 1818 bis 2007 erwähnt
Seite 121 - I therefore filled all the little spaces that occurred between the remarkable days in the calendar with proverbial sentences, chiefly such as inculcated industry and frugality as the means of procuring wealth, and thereby securing virtue ; it being more difficult for a man in want to act always honestly, as, to use here one of those proverbs, it is hard for an empty sack to stand upright.
Wird in 212 Büchern von 1809 bis 2008 erwähnt
Seite 91 - Our debates possessed me so fully of the subject that I wrote and printed an anonymous pamphlet on it, entitled The Nature and Necessity of a Paper Currency.
Wird in 152 Büchern von 1818 bis 2007 erwähnt
Seite 312 - Good,' which I think was written by your father. It had been so little regarded by a former possessor, that several leaves of it were torn out ; but the remainder gave me such a turn of thinking, as to have an influence on my conduct through life ; for I have always set a greater value on the character of a doer of good than any other kind of reputation ; and if I have been, as you seem to think, a useful citizen, the public owes the advantage of it to that book.
Wird in 219 Büchern von 1758 bis 2008 erwähnt
Seite 33 - Street wharf, near the boat I came in, to which I went for a draught of the river water; and, being filled with one of my rolls, gave the other two to a woman and her child that came down the river in the boat with us, and were waiting to go farther. Thus...
Wird in 202 Büchern von 1818 bis 2008 erwähnt
Weniger

One of 17 children, Benjamin Franklin was born in Boston on January 17, 1706. He ended his formal education at the age of 10 and began working as an apprentice at a newspaper. Running away to Philadelphia at 17, he worked for a printer, later opening his own print shop. Franklin was a man of many talents and interests. As a writer, he published a colonial newspaper and the well-known Poor Richard's Almanack, which contains his famous maxims. He authored many political and economic works, such as The Way To Wealth and Journal of the Negotiations for Peace. He is responsible for many inventions, including the Franklin stove and bifocal eyeglasses. He conducted scientific experiments, proving in one of his most famous ones that lightning and electricity were the same. As a politically active citizen, he helped draft the Declaration of Independence and lobbied for the adoption of the U.S. Constitution. He also served as ambassador to France. He died in April of 1790 at the age of 84. 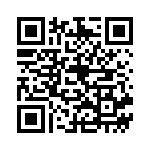