Seite 258
represent perhaps a more primitive stage in the textual evolution of the Acta.1 But
it is particularly the anti-Roman bitterness — to be found in no other extant
literature to such a degree — which has led recent scholars to classify the Acta as
the ...
Seite 276
groups that propagated the Acta were themselves divided into two factions: the
one, a violently anti-Roman party led by such men as Isidorus, Hermaiscus, and
Appian; the other, a conservative, more pro-Roman party, led by Alexandrians ...
Seite 279
V. M. SCRAMUZZA, 'The Policy of the Early Roman Emperors towards Judaism',
in Jackson— Lake, The Beginnings of Christianity, Part I, vol. v, London, 1933, pp
. 277-97. A. SEGRE, "The Status of Jews in Ptolemaic and Roman Egypt', ... 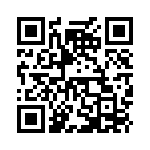