Benjamin Penny is deputy director of the Australian Centre on China in the World in the College of Asia and the Pacific at the Australian National University. 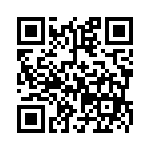