Seite xxxiv
in his acknowledged masterpieces , namely , Lear , Coriolanus , and Hamlet . The resemblance to Lear is perhaps the most complete and significant . The faults of Titus ' character and that of his family , from which , as in Lear ...
Seite xxxv
tragedy ; and as Lear and Cordelia are intimately associated in the final and terrible results , so , in cruder fashion , are Titus and Lavinia . The resemblance to Coriolanus is yet more simple and obvious . We have the same military ...
Seite lxiii
Thus , in Lear , the gouging of Gloucester's eyes , the hanging of Cordelia , and the physical sufferings of Lear are all meant to symbolise and signalise what is morally revolting in the conduct of Lear's two elder daughters . 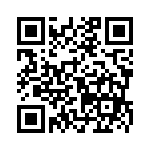