Hans Joas is Ernst Troeltsch Professor for the Sociology of Religion at the Humboldt University of Berlin and Visiting Professor of Sociology and Social Thought at the University of Chicago. Some of his other books in English include G.H. Mead, A Contemporary Re-examination of His Thought, Pragmatism and Social Theory, The Creativity of Action, The Genesis of Values, War and Modernity, The Sacredness of the Person: A New Genealogy of Human Rights, and Faith as an Option: Possible Futures for Christianity. He has also published two books with Wolfgang Knoebl: Social Theory: Twenty Introductory Lectures and War in Social Thought: Hobbes to the Present and has edited several volumes, including The Axial Age and Its Consequences (with Robert Bellah). 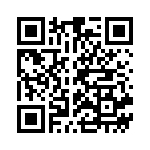