Seite 214
The resources of modern paediatrics , which have been mobilised to keep him alive , need now to be directed towards winning for him , first a childhood as near normal as possible , and later an acknowledged place in the community .
Seite 31
By that year the waiting - list — almost 11,000 in 1949 — had been reduced to 1,387 , and it was possible to bring to an end the scheme , started in 1951 , under which 1,025 patients with respiratory tuberculosis from England and Wales ...
Seite 47
Although the initial stimulus to this change was the need to make the fullest possible use of limited manpower , it soon became apparent that , once they have been rehabilitated , most disabled people are happiest leading a life which ... 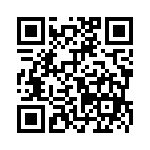