Frank Bidart is Professor of English at Wellesley College. He published his first book of poems, Golden State, in 1973, and has subsequently published many critically-acclaimed volumes, including The Sacrifice and Desire. Winner of numerous awards, including the Paris Review's first Bernard F. Conners Prize, Bidart is considered one of the nation's preeminent literary figures. Liam Rector is the director of the graduate Writing Seminars at Bennington College. His books of poems include The Sorrow of Architecture, American Prodigal, and The Executive Director of the Fallen World. Tree Swenson is the Executive Director of the Academy of American Poets. She was previously the Publisher and Executive Director of Copper Canyon Press, which she cofounded in 1972. Swenson lives in New York City. 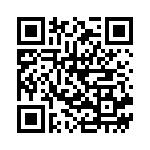