Doris Sommer is Professor of Romance Languages and Literature and Director of Graduate Studies in Spanish at Harvard University. Among her books are Proceed with Caution, When Engaged by Minority Writing in the Americas; Foundational Fictions: The National Romances of Latin America; Bilingual Games: Some Literary Investigations; and The Places of History: Regionalism Revisited in Latin America, published by Duke University Press. 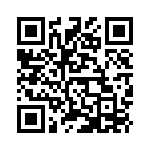