DONALD (DJ) DENDY finished his medical training in 2005 after being a lifelong student up to that point. Many of the fundamental topics in this book were founded in thoughts, ideas, and interesting ethical dilemmas that he pondered during his medical training. One such issue was "What if someone confessed to a crime while under his medical care?" The setting of this book changed several times during its writing but ultimately landed in a beautiful community in the heart of Missouri. The City of Jefferson offered a prime setting for this book of intrigue as the story ultimately involves the highest levels of the state government. This is his first novel and he drew extensively from his medical experience to create the story. He spends his spare time with his family and with the love of his life, his wife, Lea. 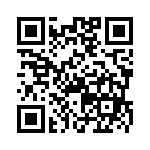