Seite 23
When I first knew her , she lived in an apartment on West Tenth Street , a conventional , well - kept home , with lovely old furniture , many books , unusual paintings . There was nonsense around , too , possibly gifts from members of ...
Seite 61
At the time she lived on a farm on the Potomac River in western Maryland . Her family lived in Maryland until Natalie was eleven . At that time , they moved to Long Beach , California . Natalie worked as a newspaper reporter in Long ...
Seite 161
Piney , an old Indian who lived all alone in the mountains , had heard the plane crash but no one believed him , no one but Monty , the Indian boy . And Drew Saunders knew why they didn't believe him . Simply because he was an Indian ! 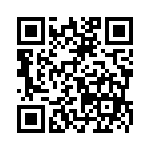