Anton Rubinstein: a life in music

A towering figure in late 19th-century Russian music, pianist-composer Anton Rubinstein (1829-94) was heralded in his day as the greatest piano virtuoso after Franz Liszt. Written in a conservative ... Vollständige Rezension lesen

Philip S. Taylor, who died in 2007, was a member of the Institute of Translating and Interpreting, United Kingdom. 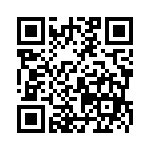