Seite 29
She also recounts liaisons and attractions , both sexual and chaste , honorable and abusive , such as the triangle between herself , Luis Trenker , star , and Arnold Fanck , director , of The Holy Mountain ( 1926 ) .
Seite 122
Male fears of sexual difference , from this viewpoint , are less terrifying than fears of sexual similarity and the breakdown of gender binaries . “ It is hardly surprising , " writes Silverman , “ that at the heart of woman's otherness ...
Seite 144
Thus goes Grosz's original theory , another way of representing sexual difference . Of course , for men to acknowledge specificities instead of abjecting women's bodies would mean a transformation of sexual behavior and of the very ... 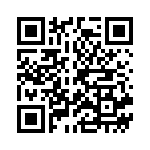