Seite 139
... of Christian savages who went to convert heathen savages . ... they are " perfidious , inhuman , all savage " ; Sandys says that the Indians , like , the Cyclops , are " unsociable amongst themselves and inhuman to strangers " .
Seite 144
... and the imaginary Hyperboreans were usually soft savages ; on the other hand , the noble savages par excellence , the Scythians , and the Getas , and later on the Germans wore rude , hardy fellows to whom ' Nature ' was no gentle or ...
Seite 145
In that blest Golden Age , when Man was young , When the whole Race was vigrous and strong ; When Nature did her wondrous dictates give , And taught the Noble Savage how to live ... When every sense to innocent delight Th ' agreeing ... 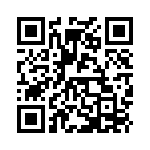