Stephan Murer was born 1963 in Switzerland. He graduated with an information technology engineering diploma and a Ph.D. in computer science from the ETH in Zürich in 1992. After that he continued his academic career at the International Computer Science Institute of the University of California, Berkeley. 1994 Stephan joined Credit Suisse, where he held a number of different positions. In 2000 he completed his MBA from the University of St. Gallen. Since 2000 he has been managing director and chief architect, responsible for the overall design of Credit Suisse's Information systems. Stephan Murer can be reached at stephan.murer@credit-suisse.com. Bruno Bonati was born 1949 in Switzerland and studied Economics at the University of St.Gallen. He graduated as lic.oec.HSG in 1973. After graduation he worked in several companies and in 1996 he became Member of the Executive Board and Head of IT and Operations in Credit Suisse. In 1997 Credit Suisse started the managed evolution strategy in IT and developed the Service Oriented Architecture for the Swiss IT Platform. In 2005 after retirement from Credit Suisse he worked as an independent consultant for IT and Banking. He has been the senior consultant for the Industry Value Network, an initiative led by SAP with 40 member companies (20 large banks and 20 vendors) with the goal to develop SOA in banking, which shifted, in 2008, into an independent organization in order to enable the standardization of services in banking. He is a member of several non executive boards of directors, among them Tieto Helsinki/Stockholm and Swisscom IT Services. Bruno Bonati can be reached at bruno@bonati-consulting.com. Frank J. Furrer was born 1945 in Switzerland and studied electrical engineering at the Swiss Federal Institute of Technology in Zurich (ETH Zurich). He graduated as Master of Science in 1969. After graduation he worked as a research assistant at the Institute of Technical Physics at the Swiss Federal Institute of Technology in Zurich (Prof. Dr. E. Baumann) and earned his Ph.D. in advanced communications engineering in the year 1975. In the following years he worked in several consulting firms. 1997 he started his own consulting practice, focussed on applications architecture and security for very large information systems. Frank J. Furrer is the author of several books on industrial communications and information system security and works as an independent consultant. Frank J. Furrer can be reached at frank.j.furrer@villa-aurora.ch. 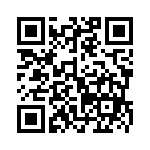