Seite 4
This journal , therefore , has a very special relation to Metz , his work , and now ,
inevitably , his legacy . That 1979 issue of Discourse was particularly concerned
with demonstrating Metz ' s relation to a multifaceted concept of social production
...
Seite 178
So , when Kristeva embarks on a strange , and almost lyrical , reading of de
Gaulle ' s conservatism , it is unclear whether her caution can ensure that this
beneficence does not reproduce Herbert Marcuse ' s valid concerns about “
repressive ...
Seite 187
In the work of Devi , Spivak is concerned with Devi ' s representation of the space
of the subaltern , specifically the space of the subaltern woman . Throughout her
book , Spivak repeatedly asserts that “ the political claims that are most urgent ... 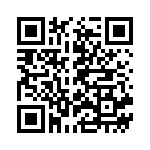