Born in Vienna, the prolific Zweig was a poet in his early years. In the 1920s, he achieved fame with the many biographies he wrote of famous people including Balzac, Dostoevsky, Dickens and Freud. Erasmus with whom he closely identified, was the subject of a longer biography. He also wrote the novellas Amok (1922) and The Royal Game (1944). As Nazism spread, Zweig, a Jew, fled to the United States and then to Brazil. He hoped to start a new life there, but the haunting memory of Nazism, still undefeated, proved too much for him. He died with his wife in a suicide pact. 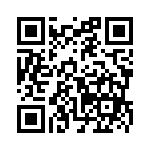