Seite 12
The pattern of incomes changes and you get differences of view , of course ,
between the building societies and ourselves as to how the figures should be
interpreted , but we are not far wrong , I think , really , and , of course , there is a
year ...
Seite 13
or unpaying what the investors in building society shares would pay if they paid
individually . 160. I dare say . So , therefore , the building society would be paying
for some investor who really ought not to be paying tax at all ? -No , they are let ...
Seite 426
Continued . that we were building the factory on land which the Board of Trade
owns . That is just the legal basis . On the interest rate , well , I frankly do not
agree with the Comptroller and Auditor General . I think that the interest rates that
we ... 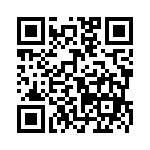