I bought this book thinking that it would be good gift for my kids. After reading it it came to decide not to give it to them because it would cause more damage than helping them. Its full of misleading information. Vollständige Rezension lesen

Positive insights into the Muslim faith along with explanations of some key concepts are provided in this book. The authors offer teens easy to follow guidance in keeping their faith and being Muslim in America. This handbook can also enlighten teens of other faiths about Muslim beliefs. Vollständige Rezension lesen

Dilara Hafiz was born in Karachi, Pakistan. She holds degrees from John Hopkins University and the London School of Economics. She has drawn upon her years of teaching weekend Islamic school, lecturing about Islam, and raising Muslim teenagers to contribute to The American Muslim Teenager's Handbook.

Imran Hafiz is a member of the Brophy College Preparatory Class of 2010. He frequently spends his time volunteering in the emergency department of one of the Scottsdale Healthcare hospitals in Arizona, in addition to being involved in school theater productions. Imran is also a member of his school's Weapons of Mass Percussion hand-drum club, and also enjoys playing guitar, piano, and traditional drums.

Yasmine Hafiz is a member of the Yale University's Class of 2012. She was a 2008 Presidential Scholar. An avid reader, she hopes to become involved in international relations as a career. Yasmine enjoys watching movies and listening to a wide variety of music. 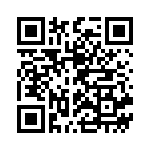