[T]he way to rid ourselves of our masters is not for humankind itself to become a collective master over nature, but to recognize the imposture in the very notion of the Master. Inexplicably the last ... Vollständige Rezension lesen

I find the same problem with Zizek that I have with Jameson--wandering. Here, there are moments of dazzling, laser-like focus, but they only last for a handful of pages, then he wanders off again ... Vollständige Rezension lesen

Slavoj Žižek is a Slovenian philosopher and cultural critic. He is a professor at the European Graduate School, International Director of the Birkbeck Institute for the Humanities, Birkbeck College, University of London, and a senior researcher at the Institute of Sociology, University of Ljubljana, Slovenia. His books include Living in the End Times, First as Tragedy, Then as Farce, In Defense of Lost Causes, four volumes of the Essential Žižek, and many more. 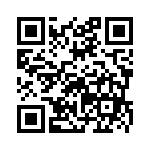