Roy F. Baumeister is the Eppes Eminent Professor of Psychology and head of the social psychology graduate program at Florida State University. He received his Ph.D. in social psychology from Princeton in 1978 and did a postdoctoral fellowship in sociology at the University of California at Berkeley. Baumeister has worked at Case Western Reserve University, as well as the University of Texas, University of Virginia, Max-Planck-Institute, and the Center for Advanced Study in the Behavioral Sciences. Baumeister's has received research grants from the National Institutes of Health and from the Templeton Foundation. His research spans the areas of self and identity, self-regulation, interpersonal rejection and the need to belong, sexuality and gender, aggression, self-esteem, meaning, and self-presentation. He is the author of nearly 400 publications. His books include Evil: Inside Human Violence and Cruelty , The Cultural Animal , Meanings of Life and Willpower: Rediscovering the Greatest Human Strength.

John Tierney is a journalist and author. He writes a science column, Findings, and the TierneyLab blog for the New York Times. In collaboration with novelist Christopher Buckley, Tierney co-wrote the comic novel, God Is My Broker. He also wrote The Best-Case Scenario Handbook, a parody of the popular Worst-Case Scenario Handbook series. Tierney also co-wrote the book Willpower: Rediscovering the Greatest Human Strength with psychologist Roy F. Baumeister. 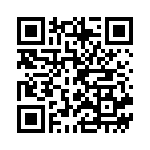