Seite 9
The AMERICAN PHILOLOGICAL ASSOCIATION , through its Executive Committee , sends its best wishes to the OIKIΣTAI - many of whom are its members of the new philological AПOIKIA , THE LINGUISTIC SOCIETY OF AMERICA .
Seite 10
THE LINGUISTIC SOCIETY OF AMERICA Professor SAMUEL ELIOT BASSETT , President of the AMERICAN PHILOLOGICAL ASSOCIATION , In session at Chicago , Illinois . New York , December 28 , 1924 My dear President Bassett : The LINGUISTIC SOCIETY ...
Seite 63
CARLOS EVERETT CONANT CARLOS EVERETT CONANT , one of the founders of the Linguistic Society of America , who met his death as the result of an accident in Boston , January 27 , 1925 , had had a varied experience as teacher , traveller ... 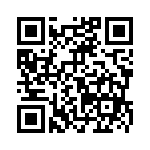