Cairns's focus is a constitutional one: how does self-government as a nation fit into the current political landscape of Canada? How do the aboriginal peoples of Canada who live in urban areas (the ... Vollständige Rezension lesen

Alan C. Cairns is professor emeritus at the University of British Columbia where he was a member of the Department of Political Science from 1960 until his retirement in 1995. He was awarded the 1982 Molson Prize and, in 1998, was made an Officer of the Order of Canada. He is the author and editor of numerous books and articles on federalism, the constitution, and the charter. 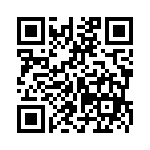