Naoki Kawashima is a Professor at the University of Tokyo. He is a member of the Society of Cognitive Science, and has been a member of the Steering Committee for the Public Use of the Supercomputer at the ISSP for the last 15 years. He received the Ryogo Kubo Memorial Prize for his contributions to the development of loop/cluster algorithms in 2002.

Philipp Werner is a Professor at the University of Fribourg. In 2010, he received the IUPAP Young Scientist Prize in Computational Physics for the development and implementation of quantum Monte Carlo methods which transformed the study of interacting electrons in solids. 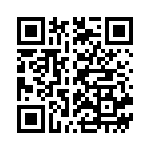