Seite 64
On configurational grounds , our conclusion is reinforced by consideration of the fact that , having discovered this , we have filled up the last gap in our set of possible geminate clusters . ( 3 ) Informants ' reaction : Further ...
Seite 64
If , now , we turn to the Phoenician glossary , we find , as a matter of fact , that in a significantly large number of cases the Phoenician p , t , k were transliterated into Greek and Latin 0 , 0 , x and ph , th , ch respectively ...
Seite 126
My criticism of Juret's use of the shwas lies in the fact that he builds on them , to claim as original IE an almost infinite variety of forms , instead of explaining many of them as new formations within the separate languages . 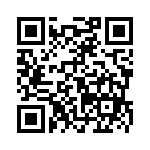