Good reference manual for natural remedies. In fact Ive used some of them before I purchased the book and they work. Cheapest price Ive found for this book. Vollstõndige Rezension lesen


From the Trade Paperback edition. 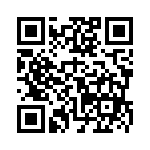