Seite xix
contained only a single chapter having anything to do with crosscultural issues . In fact , it was titled Cross - cultural Issues in Industrial and Organizational Psychology , and its authors were Gerald Barrett and Bernard Bass .
Seite xx
Accordingly , this fourth volume contains chapters written by authors from Australia , France , Germany , Hong Kong , India , Israel ( two ) , Japan ( two ) , the Netherlands , the People's Republic of China , Spain , and the United ...
Seite 2
Hopefully , the remaining chapters in the present volume will help broaden that view . ... Introduction WHEN THE HANDBOOK editors invited me to write an epilogue chapter to the first three volumes , I accepted with a mixture of ... 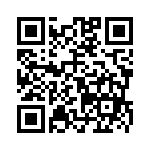