This is a painstaking account of the events leading up to the Tiananmen Square Massacre written by a Canadian journalist who was there. If you are looking for a primary source, this is a good one. Vollständige Rezension lesen

CHAOS UNDER HEAVEN: The Shocking Story Behind China's Search for Democracy

Gordon Thomas is a political and investigative journalist and the author of fifty-three books, published in more than thirty countries and in dozens of languages. The total sales of his works exceed forty-five million copies.

He has been a widely syndicated foreign correspondent and was a writer and producer for three flagship BBC programs: Man Alive, Tomorrow’s World, and Horizon. He contributes regularly to Facta, a respected monthly Japanese news magazine. Thomas was the lead expert for a twelve-part series on international intelligence for Ian Punnett’s Coast to Coast, the most listened-to overnight radio broadcast in North America, with three million weekly listeners. He has recently appeared on Euronews (available in ten languages and three hundred million households) and Russia Today.

He has received numerous awards for his reporting, including an International Television Award and two Mark Twain Society Awards. Shipwreck won an Edgar Award.

Four of Thomas’s books—Voyage of the Damned, Ruin from the Air, The Day the Bubble Burst, and The Day Their World Ended—have been made into feature films starring such A-listers as Paul Newman, Billy Crystal, Robert Vaughn, and Jacqueline Bisset. The Day Guernica Died is currently under option.

Thomas’s most recent bestseller is Gideon’s Spies: Mossad’s Secret Warriors. Published in sixteen languages and forty countries, Gideon’s Spies is known throughout the world as the leading resource on Israeli intelligence. It was made into a major documentary for Channel 4 in Britain, which Thomas wrote and narrated, called The Spy Machine. The Observer called The Spy Machine a “clear” picture of Israeli intelligence operations, and the Times called it “impressive” and ”chilling.”

A member of the London Speaker Bureau and Macmillan Speakers, Thomas continues to grow his already-impressive platform, lecturing widely on the secret world of intelligence. He also regularly provides expert analysis on intelligence for US and European television and radio programs. 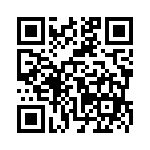