CLAUDIA DURST JOHNSON is Professor of English at the University of Alabama, where she chaired the English Department for 12 years. She is the author of the forthcoming volumes in the Greenwood Press Literature in Context series, Understanding the Scarlet Letter and Understanding Huckleberry Finn. She is also author of To Kill a Mockingbird: Threatening Boundaries (1994), American Actress. Perspective on the Nineteenth Century (1984), (with Vernon E. Johnson) Memoirs of the Nineteenth-Century Theatre (Greenwood, 1982), The Productive Tension of Hawthorne's Art (1981), and (with Henry Jacobs) An Annotated Bibliography of Shakespearean Burlesques, Parodies, and Travesties (1976), as well as numerous articles on American literature. 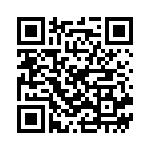