Ronald Paulson is Mayer Professor of the Humanities at Johns Hopkins. His previous books include Representations of Revolution, Hogarth, in three volumes, and The Beautiful, Novel, and Strange: Aesthetics and Heterodoxy, the last available from Johns Hopkins. 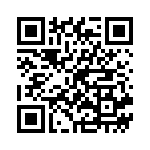